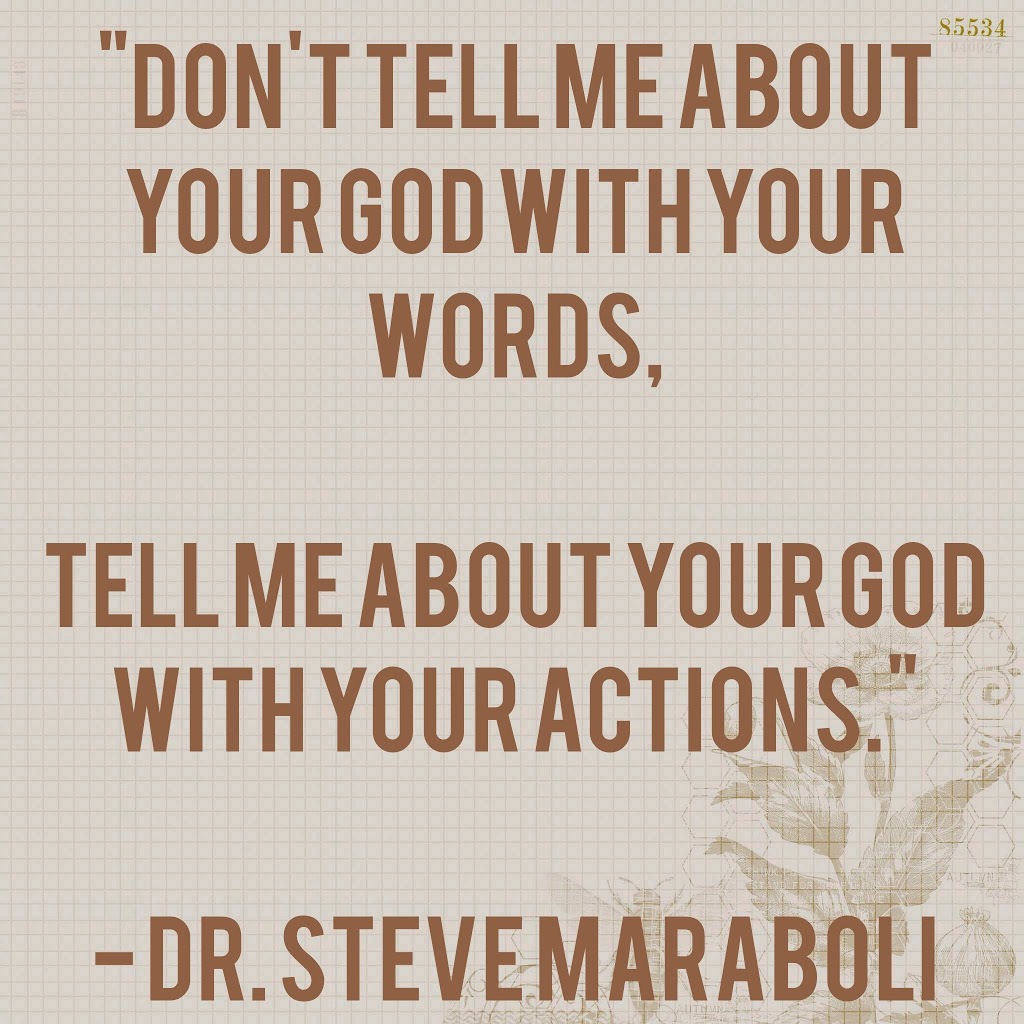 When Dying to Self Leads to Life

I thought about his words the rest of the day after I read them. Truthfully, I’ve hardly stopped thinking about them since.
“I don’t think it’s possible to live a comfortable, modern American lifestyle and uphold the ideals that Jesus sets forth in the gospels. That’s a big reason that I think virtually no Christians in the US follow their own beliefs. It’s clear that comfort and normalcy is more important to them than the sacrifice that is exemplified in their holy book. I just find it annoying that Christians love to talk about how great Jesus and his teachings are, all while choosing not to follow the difficult parts.”
I heard him pleading, Don’t just tell me about your God with your words. Tell and show me about your God with your actions.

His imploring words came during part of a facebook exchange between a group of strangers that turned out to be quite transformative. Before it was even over, I sensed this encounter had been a divine appointment, perhaps for more reasons than I could begin to imagine. There seemed to be varying reactions to radically different opinions among it’s participants, but I don’t doubt that we each walked away from the conversation changed in some way. How it changed me, even as it progressed, would not be easy to sum up because the ramifications felt so deep and far-reaching. All I could do was thank this man for his honesty and for all the ways his words had hit me hard.
As I have continued to consider this man’s words since, they seem a clear reflection of the words Jesus himself used to explain where life itself is found.
Then Jesus said to His disciples, “If anyone wishes to come after Me, he must deny himself, and take up his cross and follow Me.  “For whoever wishes to save his life will lose it; but whoever loses his life for My sake will find it.”
Matthew 16:24-25
There is no one-size fits all approach to living life so that the glory of God might be displayed through us. We are not all called to overseas missions. We are not all called to just the same place, at the same time to serve the suffering, the lost, and the lonely. We are not all called to care for orphans and widows in exactly the same manner. But what if one way God has ordained that more in the watching world would come to know Him, is through the ways we respond to the very needs of those in need?
I believe as God has designed it, (Proverbs 27:17), we can learn so much looking at the example of others when they choose to sacrifice life as they know it, so that others would be cared for and discipled. A beautiful bonus is that in so doing, a living testimony of the sacrifice of comfort and normalcy will be noticed by onlookers as we follow the difficult parts of the Gospel, just as one searching man boldly acknowledged through facebook that he was waiting to see.
One way God has ordained that we might care for the needs of His children is through adoption. This is the calling the Lord has planned in the life of one special couple I know. Since before they were married, Ben and Maggie have sensed God calling them to adopt. They believe they have been adopted into God’s family through Jesus Christ, and their spiritual adoption is what motivates them to choose adoption as the primary way to build their family. Maggie and Ben’s adoption journey has not been easy thus far, but God is using the trials to produce a glorious testimony, made all the richer for the reason behind Ben and Maggie’s perseverance. As Ben has said, “Suffering points us to the hope of glory. God is using it to produce in me a longing for the return of his Son, and through our continued praise, to shine forth the light of the knowledge of the glory of God” (2 Corinthians 4:6). As they grow in their likeness of the Father, they in turn are pointing others in the same direction.
Perhaps the dying to self inherent in the journey to adoption is just the kind of example the man who spoke up through facebook had in mind when he wondered aloud, where are the Christians willing to do the difficult parts? In the words of Billy Graham, “We are the Bibles the world is reading; We are the creeds the world is needing; We are the sermons the world is heeding.” So let your light shine for Christ, Christian! The world is watching and is transformed when ordinary people like Ben and Maggie do extraordinary things for the sake of the Gospel. Indeed, we are the Bibles the world is reading.
If you feel led, please join Ben and Maggie
in bringing their baby home this year.

Linking with: Works for me wednesday, Holley Gerth and Sunday Social