How to Help Any Child Calm Their Fears

It’s a beautiful Sunday and my kids are off to a baseball game with their grandparents this afternoon. Oh how times have changed!  In the past, an outing like this would have been cause for major anxiety for my youngest daughter, as most newer public facilities these days have restrooms with automatic toilets. This may no big deal for most people, but for a little girl with a phobia of toilets that flush on their own, against her will — this was a huge deal for many years!

You see, ever since Emma was a tiny two year old and witnessed a toilet suddenly overflowing in our home, she had a massive fear of any toilets that she did not perceive as under control. This was no ordinary toilet overflow incident either – it was the one time in my life I’ve ever seen a gusher that resembled Old Faithful much more so than an angry, overflowing toilet.  Seriously, something else.

Though this freak accident of epic toilet proportions did not leave me traumatized as it did poor Emma, I so understood the vulnerable place it left her in anytime she approached an automatic toilet for years to come. I too had my own childhood phobia that I battled for even longer than Emma has dealt with the worst of hers.

For many years I had the biggest fear of the common house spider.  Ha.  I’m not even talking wolf spiders or tarantulas — (though I was most certainly afraid to even look at a picture of one of those nasty creatures too)!  I was also just so afraid of the spiders that would frequent my childhood home, perched up on a hill next a creek, adjacent to the woods.  This may as well have been the house of horrors during the height of my silly spider phobia!

Almost monthly, I would “move out” for the night after I found a spider in my room, sometimes not to return for days – you know, just to make sure it was safe to return 😉  I would move into the guest room or my sister’s room once she was away at college. As you can imagine, this makes me laugh now to think about, but at the time – it was bad, I mean really bad.

This is partly why I had such empathy for my traumatized two year old whose irrational fear of automatic toilets hung on for years to come.  Hey, my spider fear hung on till I was about 30  😉  Just like I knew spiders were never going to hurt me (aside from their bites while I was innocently sleeping in my bed, of course), Emma also knew that just like she was not hurt when the crazy toilet overflowed in front of her, she was not going to be hurt by a toilet that flushes automatically either.

It’s just that it’s still scary, ya know? When you’ve seen things, sometimes it’s so hard to erase the memories from your head that invade your mental space, when that’s the last thing you wanted in the first place!

That’s why my firm belief was that what Emma needed most was compassion, to cope with the fear of automatic toilets so intense that it would sometimes make her shake to approach one.  Especially after living a similar example when the experience of my husband’s compassion was what helped my spider phobia dissipate more so than anything else!

I felt safe with the knowledge of his compassion, and I wanted her to feel the same.  I knew my husband would come running to kill any spider for me, and I wanted Emma to know that I would cover the sensor of an automatic toilet for her to make her feel protected her too!  😉 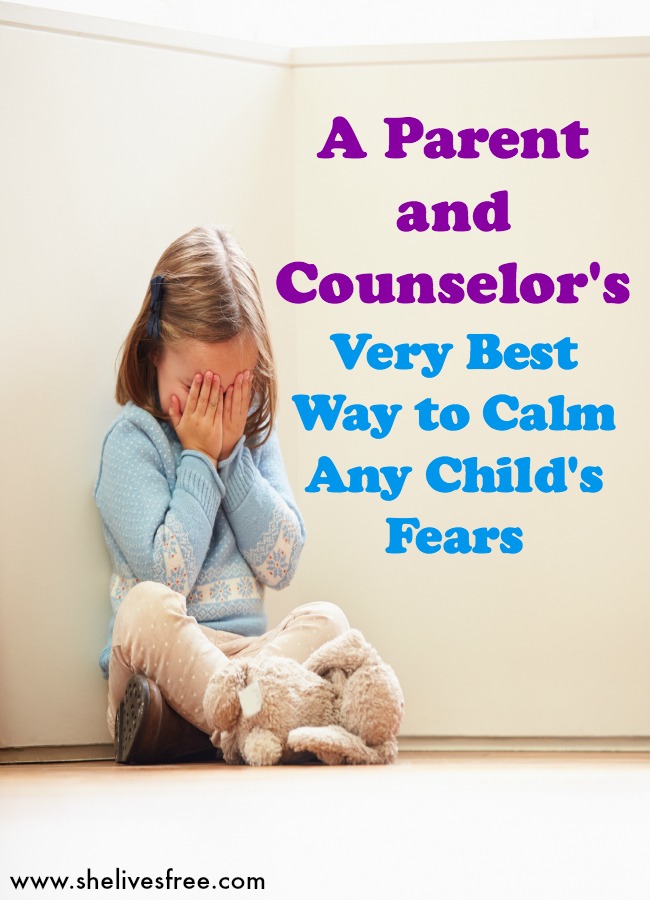 I have found this to be by far and away the most effective way of helping anyone through fear and anxiety – adults too, actually.  Infusing true compassion and understanding, (with no threat of it being revoked), heals and soothes like nothing else can.

This doesn’t mean it’s always easy, especially when the anxiety-provoking issue lingers for years at a time. Yet consistent compassion and patient understanding builds trust.  That trust in having an ally who’s got your back, in turn begins to boost self-trust that fears can be overcome.  It makes what feels like an out of control issue feel much more in control and navigable.

So how do kids typically best receive compassion?  Here’s what works for us:

Don’t be surprised if your child models your empathetic example next time someone they care about is anxious or afraid. Children really do learn what they live!

Have you noticed the way that demonstrating you are a dependable source of comfort to your kids, actually causes them to depend on you less, over time?  How can you show your kids compassion when they need you most?